The Walking Dead’s Shane is The Punisher!

Do you know the difference between justice & punishment?

That’s right! It was announced today that The Walking Dead‘s Jon Bernthal was cast as The Punisher, who is set to appear in the second season of Marvel’s Daredevil on Netflix. If you haven’t watched Daredevil, stop reading & do it! It’s the best superhero show/movie I have ever seen. It’s pretty much perfect, especially if you’re a Daredevil fan (like me).

Now, I have to admit, I was surprised by this casting choice. Not because I don’t think he fits the part or anything (on the contrary, I think he’s perfect for the role), but because the thought never even entered my mind. I mean, look at him! He looks like Frank Castle! 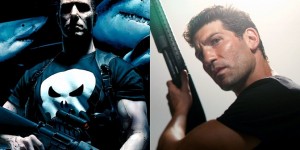 Shane was my favorite character on The Walking Dead and, in my opinion, the best character. He was well fleshed out, which is impressive given how little source material they had to work with (check out The Walking Dead comics to know what I’m talking about). Mostly, though, it was the performance Mr. Bernthal gave that really defined the character. He’s just a good actor, plain & simple, especially when it comes to harden badasses. It’s only right that he plays one of my favorite anti-heroes of all time!

Daredevil‘s second season comes out in 2016, so we still have a bit longer to wait until we get the chance to see The Punisher in action. Can’t wait!