We Kill The Dead now for sale!!!

Hi, horror fanatics! Johnny Macabre here and I am pleased to announce the first issue of We Kill The Dead, TheBlood-Shed Publishing’s inaugural 4 part series, is now available for purchase! This is literally history in the making!

I have always loved slashers. Almost a decade ago, I came up with an idea for a story involving a government agency who combats undead and otherwise supernatural slashers (like Freddy or Jason). Last year, I fleshed out the story, joined forces with artist Bryan Revell and letterer Genesis Maya, and production started. Now the first issue is out! 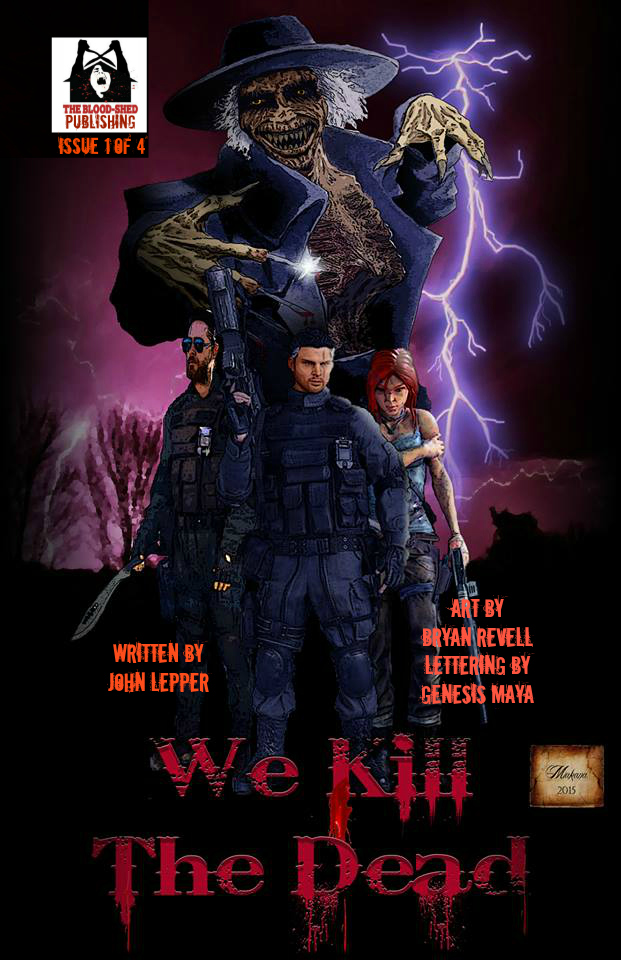 The cover for issue 1

In We Kill The Dead, slashers exist. They are deadly and their occurrences are increasing. Local law enforcement isn’t trained to deal with them. Their existence is a secret for the most part, but that doesn’t stop them from slaughtering entire summer camps, turning murder into a Halloween tradition, or haunting your dreams.

Enter the Supernatural Special Tactics Bureau. These agents are specially armed and trained to deal with these thano-sapiens. When the dead come back to kill the living, they kill the dead!

This series tells the story of team leader Nate, newbie Joanna, and the deranged Agent Cooper as they face the greatest challenge in SSTB’s history. Usually SSTB goes after the slashers, but now the most legendary slasher of all time is gunning for them! Jack the Ripper is back, juiced up with demonic power, and controlling an army of other killers as he pursues a vendetta against the SSTB, stopping at nothing to wipe them out so he can continue his fun they interrupted almost 20 years previously.

Featuring a world-record-setting number of cameos from real horror films, this is a slasher-fan’s dream come true! 25 slasher villains from actual slasher movies appearing one book with their creators’ consent! Appearing in this book are Mary Hatchet, Stitches, Gurdy, Jack-O, Leslie Vernon, BBK, and more! 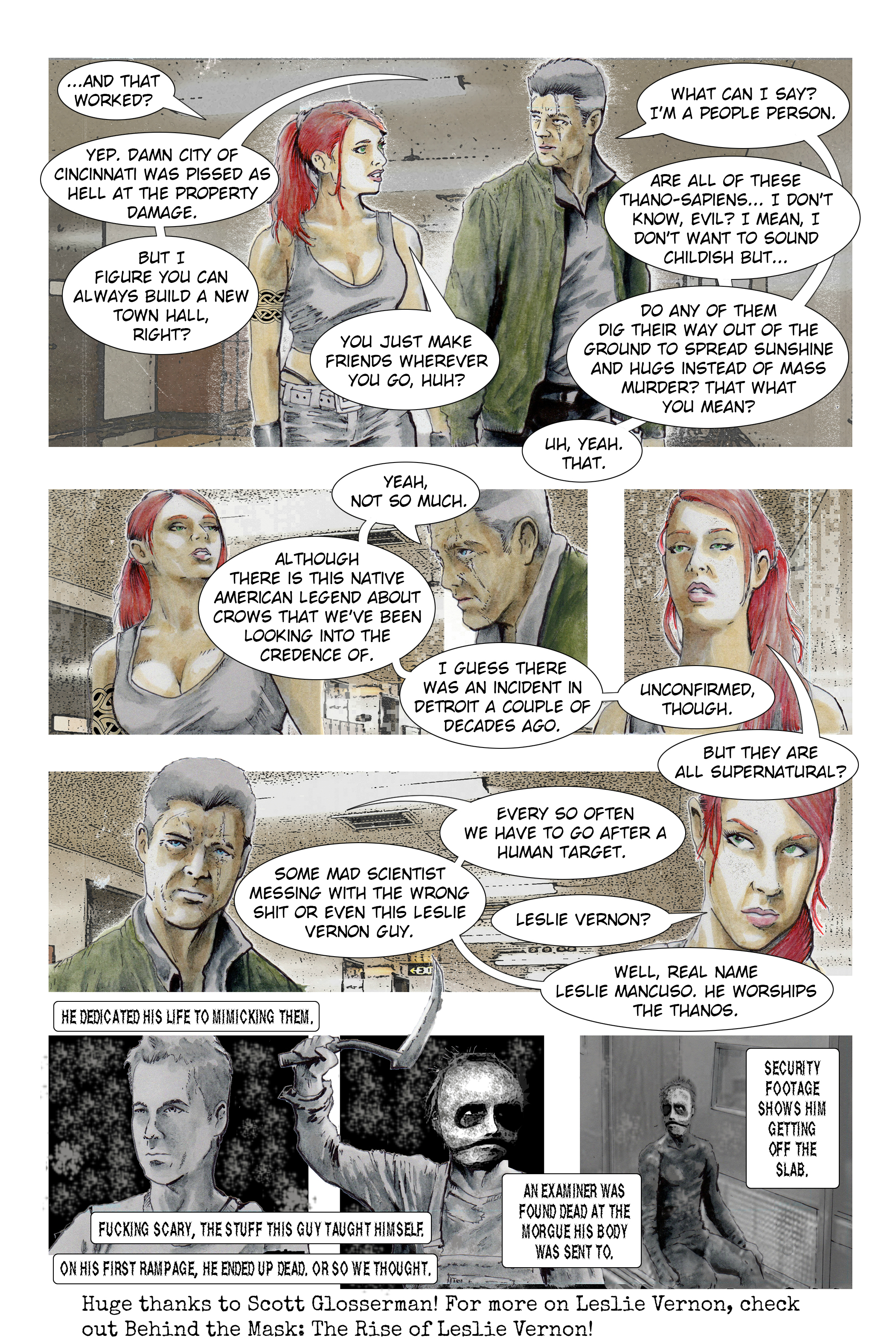 Prices start as low as a mere $1.49 for a digital download. Physical copies are delivered to your door autographed for $3.99 plus shipping. Subscriptions to the entire 4 part series go for $11.99 plus shipping, 25% off the 4-book value!

Please help support indie horror! Pick up a copy, tell your friends, and tell your local comic shop that you want them to carry We Kill The Dead!