No one cries when these jerks get offed.

In horror movies, there’s always a villain and a protagonist to polarize the concept of evil against good. Most of these films also have a supporting cast serving a variety of purposes, both practical and thematic; I’m talking about archetypal tropes like The Jock, The Prom Queen, The Skeptic, and The Stoner. And then there are those characters we love to hate; I’m talking about: The Assholes.

Assholes must never be confused with villains; while I’m sure Jason’s victims consider him an asshole when he stalking them, interrupting their wanton sex and drug use, but he’s the star of the show, a metaphor for evil that’s crucial to the story’s impact. The Asshole, on the other hand, is a supporting character who is, at least unhelpful and, at worst, downright detrimental.

I’m talking about: The Backstabbing Girlfriend, The Cheating/Abusive Husband/Boyfriend, The Bully, The Scammer, The Oppressive Step-Parent, and The Cock-Blocker. We all deal with these type of jerks in the “Real World” so they might seem especially unwelcome when we seek entertainment. Not so in the horror genre; here, they serve a specific purpose. While fans most often empathize with protagonists and fear/hate the villain, no one ever cries when The Asshole gets offed. Since we’ve all had fantasies about destroying our personal antagonists with extreme malice, there’s something extremely satisfying about seeing the bad guy dispatch these undesirables. Ah, catharsis!

Since The Asshole doesn’t always meet with an excruciating demise (and I may or may not reveal this fact), there’s something inherently spoiler-ish about this about this list, so proceed at your own risk. I invite you to weigh in on my selections (in no particular order) for: The Top 10 Assholes in Horror. Enjoy!

Stu, you’re an asshole! You’re the worst kind of co-worker: A back-stabbing, brown-nosing, two-faced worm willing to do anything to climb the corporate ladder, not giving a damn who you step on. You just ooze a sleazy vibe that makes me want to kick your face in. We all saw you swipe that file off of Christine’s desk, jerk. I wish she had given you that cursed button so it would have been your ass that got dragged to Hell—where you belong!

Franklin, you are such an annoying asshole! We all know life dealt you shitty hand, but you’ve got a chip on your shoulder the size of Mt. Rushmore. Your woe-is-me attitude is like fingernails on a chalk-board. If you look up “Buzzkill” in the dictionary, you’ll see a picture of Franklin Hardesty. You’re lucky to have had such a strong and caring sister like Sally. Just think about how shitty your life would be without her—and how much better her life would be without you. I’m glad you met with the business-end of a chainsaw, whiney jerk!

Stathis Borans played by John Getz in The Fly (1986, Cronenberg)

Stathis, you’re a slimy pathetic asshole! You’re the kind of quasi-psychotic loser that can’t stay out of your ex-girlfriend’s life. Get over it! She’s moved on, having a great time with her new romantic interest; take a hint Mr. Living-in-the-Past! The way you tried to manipulate Veronica into having sex with you by blackmailing Seth—that was low, dude. I’m glad you got the vomit-drop on your hand and ankle! You deserved worse!

Juno Kaplan played by Natalie Mendoza in The Descent (2015, Marshall)

Dammit, Juno, you are such a raging asshole! You’re reckless, impulsive nature is what got all your friends trapped in an uncharted, seismically unstable cave system—one teeming with terrifying and carnivorous subterranean humanoids. I don’t know what’s worse: Your selfish disregard for human life or the fact that you had an affair with Sarah’s husband. That’s right, we all know, you scandalous jerk! I’m glad you were left entombed in eternal darkness to fight off the creepy “Crawlers” for all eternity!

Ted played by Lawrence Monoson in Friday the 13th: The Final Chapter (1984, Zito) 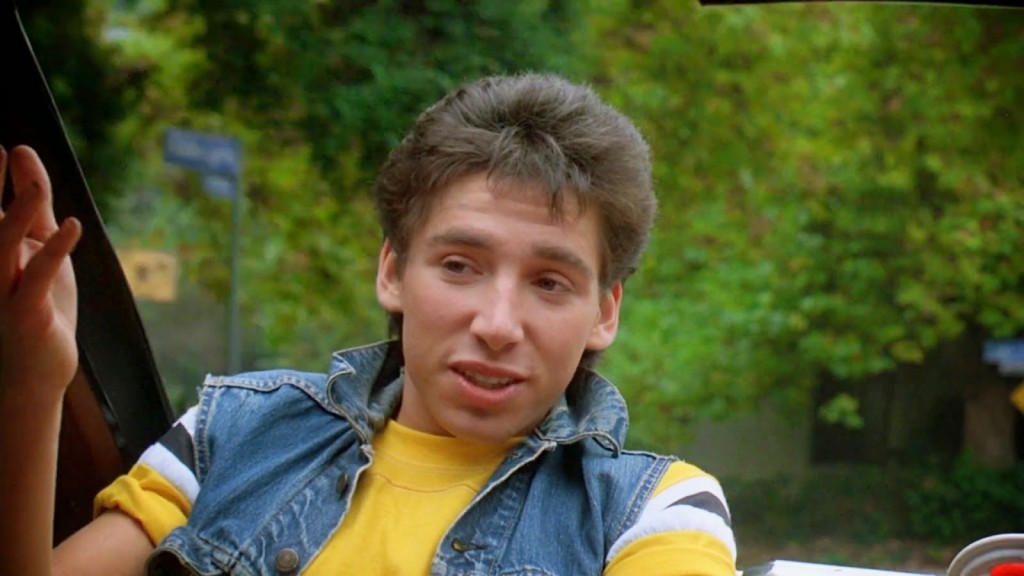 “Teddy Bear” [I roll my eyes], you are an asshole! Friends are supposed to have each other’s back with support and encouragement, but you’re the anti-wingman, a cock-blocker seeking to bolster your own self esteem by eroding someone else’s. If Jimmy’s a “dead fuck” then how come he gets laid, leaving your pathetic and alone, drowning your sorrows in cheap beer and cheaper pornography? Loser! I’m glad Jason gutted you! 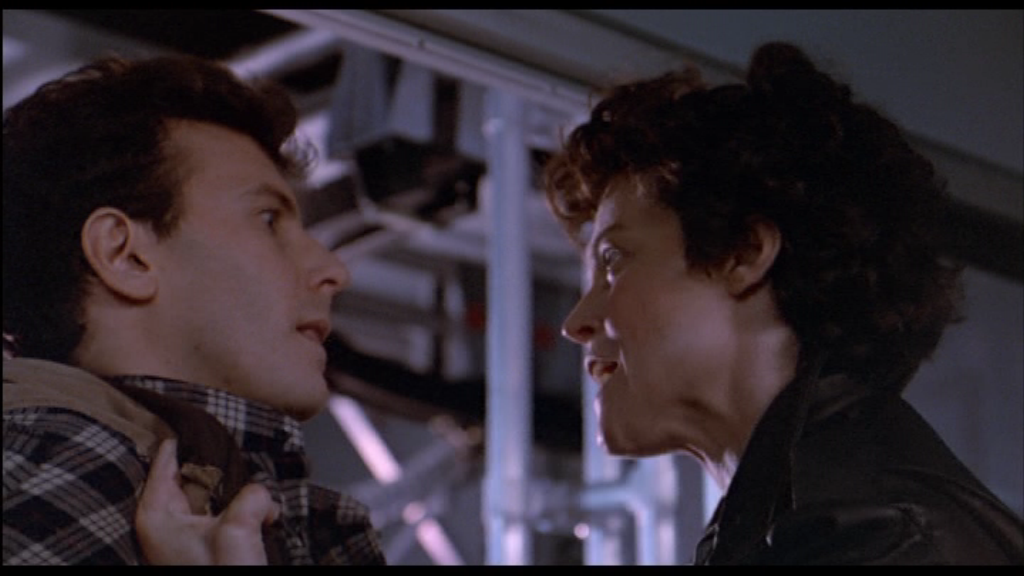 Burke, you are such an asshole! Your, “Hey-I’m-on-you-side” attitude can’t hide the fact that you are the worst kind of corporate boot-licker, a “yes-man” of dangerous proportions. Let’s see, the Company orders you to smuggle an alien back through quarantine. Easy! Just “impregnate” Newt and Ripley, then sabotage all the cryo-chambers on the trip back to Earth so there won’t be any witnesses. Like Ripley said (I’m paraphrasing): “I don’t know who’s worse: You or the aliens. You don’t see them screwing each other over for a cut.” Screw you Burke! I’m glad you took a retractable Xenomorph-mouth to the face! 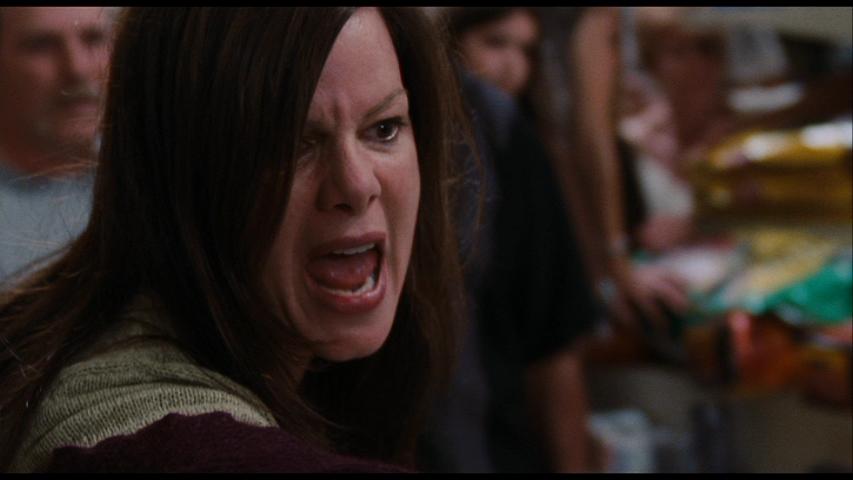 Jesus Christ, Mrs. Carmody, you are such an asshole! We’ve got a slew of murderous, Lovecraftian monsters pouring out of an interdimensional rift, hiding in a thick and pervasive mist outside. The last thing we need is your fire and brimstone rhetoric, freaking out the feeble minded townsfolk during a period of extreme stress. You’re nothing but a false prophet on a power trip. Look, there’s nothing wrong with turning to God in times of tribulation, but once you start preaching human sacrifice, you got to go! I’m glad you got what’s coming, psycho-jerk!

The Soldier played by Quentin Tarantino in Planet Terror (2007, Rodriguez) 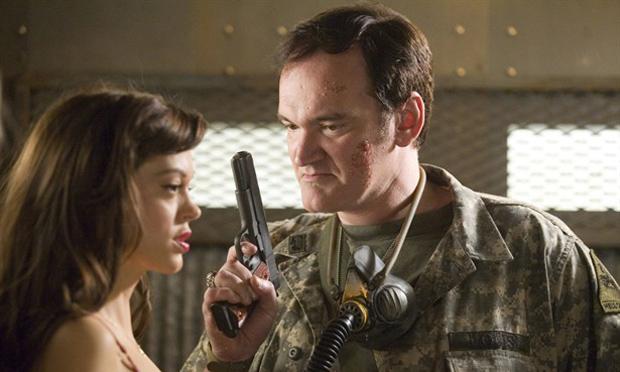 Quit being an asshole, soldier! We’ve got a zombie apocalypse going down and you can’t even keep your pecker in your pants, jerk. I guess I shouldn’t be surprised by the actions of a character credited as “Rapist #1”, but still. Anyone who tries to force himself on a woman in the midst of a biological holocaust deserves to have his balls melt off. Serves you right! I’m glad Cherry fucked you up at shot you all to hell! Now why don’t you zombify and eat some rood-kill you pig! 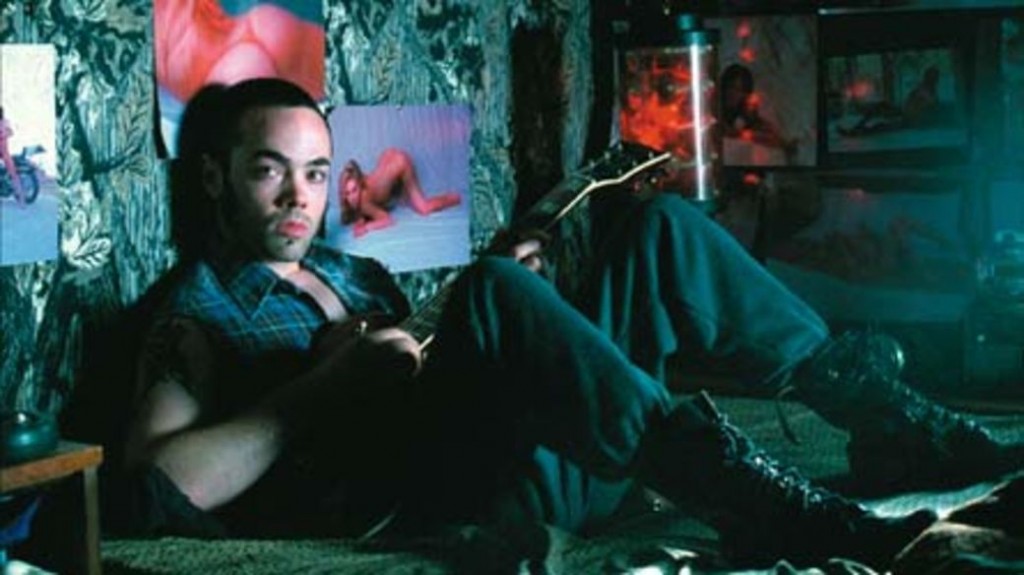 Brad, you’re such a mega-asshole I just want to reach into the screen and punch you in the face, you smirking loser! A misogynist with a literal phobia of vaginas, examples of your despicable nature are numerous: As a pervy little kid you tried to molest your stepsister, and as a young “adult” you’re a pathetic leech still living with your parents, making life hell for everyone. And it’s not just the loud music and barking attack dog: You beat up your father and ignored your stepmother when she was having a medical emergency—and she fucking died! Your final comeuppance was such a satisfying example of karma at work—asshole! 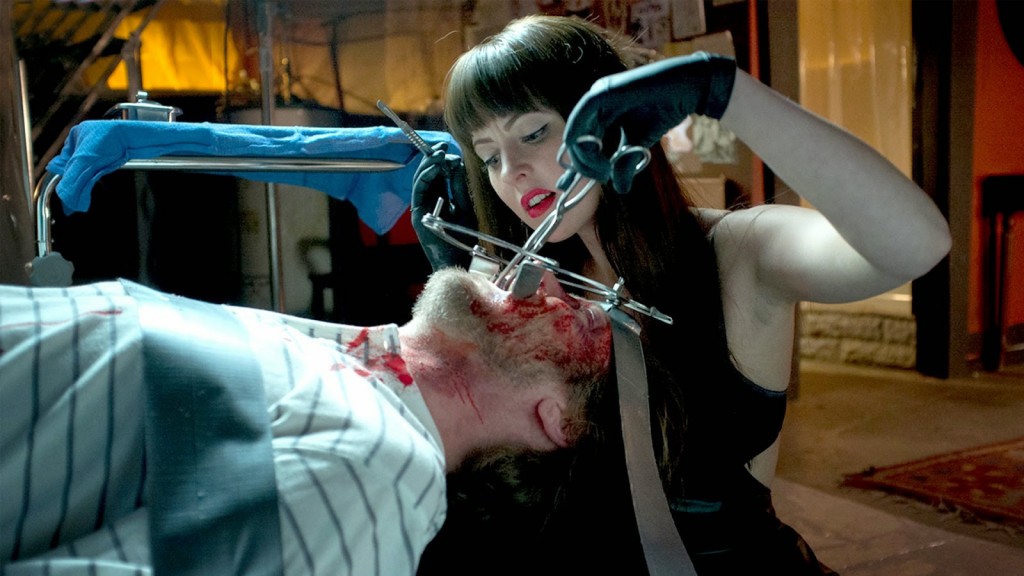 Dr. Grant, you are an especially detestable breed of asshole! The kind of manipulative predator who would use his position as a college professor to drug and rape his former students. Well one thing’s for sure: You should not have fucked with Mary Mason. I love how she really took her time on your ass, reveling in your suffering. I don’t know what’s most apropos: Your slit tongue, your augmented genitalia, or your severed limbs. The best part: Your punishment works whether you live or die. Win-win for us, lose-lose for you! Ha!

Damn, I just got a lot of hatred off my chest. Feels pretty good actually! Which illustrates that horror movies give us something satisfying: Characters to despise without the physical or mental side-effects of actual hate. We can hate these assholes fiercely, but it’s not the kind of sustained rage that keeps us up at night. And we can revel in their bloody fates without the guilt of enjoying a real person’s death; we don’t have to feel bad about these jerks’ kids or parents or pets—because they don’t have any! It’s all about a safe and gratifying expulsion of vitriol. Kind of like therapy, but a hell of a lot cheaper!

Who do you think are some of the greatest assholes in horror movies? Sound off in the Comments section!