‘Cause every girl’s crazy 'bout a sharp dressed… Madman!

‘Cause every girl’s crazy ’bout a sharp dressed… Madman!

Back in the Golden Age of horror movies (1920’s-1960’s), many villains were known for being dapper and well dressed; Count Dracula, The Phantom of the Opera, The Invisible Man, Dr. Jekyll/Mr. Hyde: All wore formal and dignified attire. Being well dressed was, no doubt, a way for these fiends to disguise their inner monsters, lulling potential victims into a false sense of security. Neat, formal clothing also provides juxtaposition to these characters’ inner chaos. 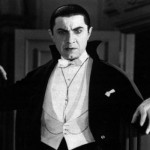 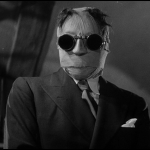 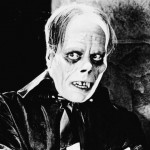 In he 1970’s, fashion took a turn towards the casual; suits and formal attire were no longer every-day wear, but donned almost exclusively for certain jobs and special events. This shift is reflected in the portrayal of horror villains of recent decades: Jason Voorhees, Michael Myers, and Freddy Krueger, for example, are all horridly clad in dirty, torn clothing—well they’re just fucking filthy!

Still, a number of modern horror villains remain “old school” in their attire, retaining a sinister regality that harkens back to Hollywood’s Golden Age. These intelligent ogres have learned you can attract more flies (victims) with honey than with vinegar. This list pays tribute to these sharp-dressed madmen. Enjoy! 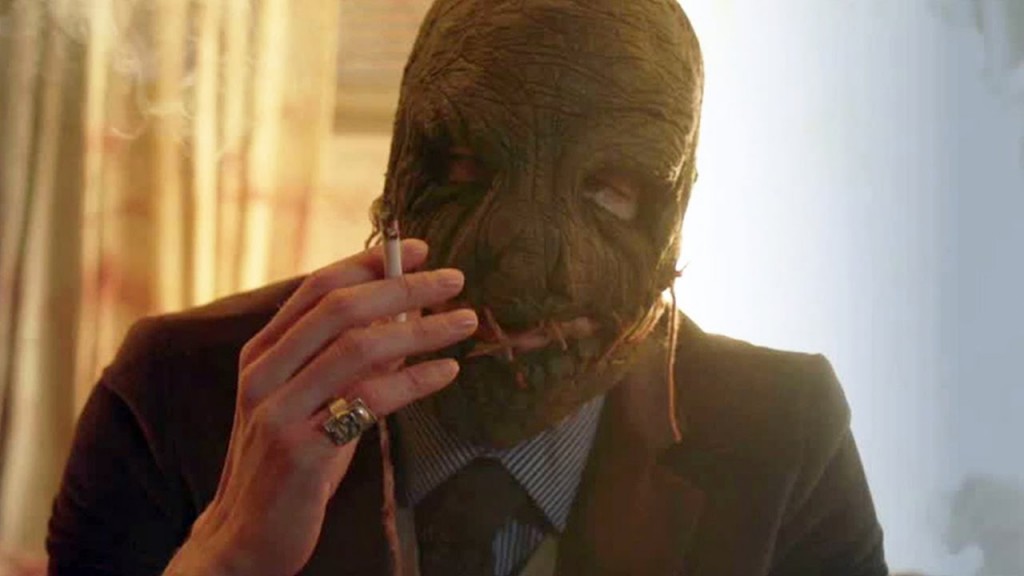 The anonymous masked fiend from Poker Night is extremely stylish in a slim-fitting suit with tapered legs, printed dress-shirt, and hipster tie. Michael Eklund excels at bringing this chilling character to life in a film that has “Sleeper” (and perhaps even “Franchise”) written all over it; this is definitely a villain I’d like to see more of. Horror fans looking for an excellent film that’s flown under the radar are encouraged to check this one out in a hurry!

The Immortal Owlman from Lord of Tears (2013), Played by David Schofield 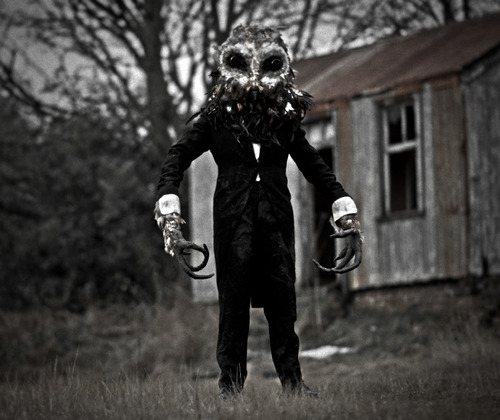 The Immortal Owlman from Lord of Tears is an especially distinguished pre-Christian deity in his Edwardian Tail Suit (circa 1920’s) with pronounced cuffs at the end of each sleeve. It’s the perfect attire for this dignified and articulate villain with a timeless aesthetic. If you haven’t seen Lord of Tears yet, I highly suggest you do; you can see it right now (or as soon as you’re done with this article): HERE.  Rumor has it that the Owlman has escaped the confines of celluloid and haunts abandoned buildings throughout the UK (see video “evidence” below). Urban explorers—consider yourselves warned! 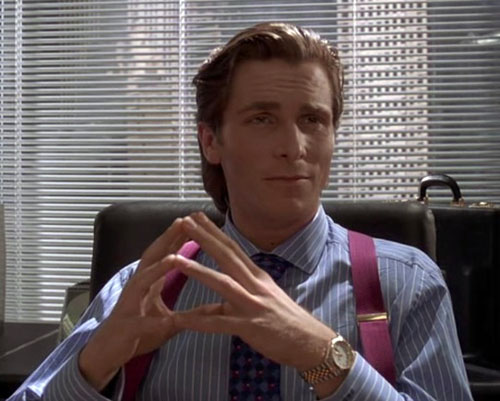 The psychotic sadist Patrick Bateman is completely obsessed with looking his best—and it shows. From his daily beautifying rituals to his designer suits and immaculate business cards, he’s the epitome of late 1980’s Wall Street Yuppie culture—extremely shallow but oh so handsome! Of course, this carefully crafted exterior is but a mask for the impulsive demon within him. 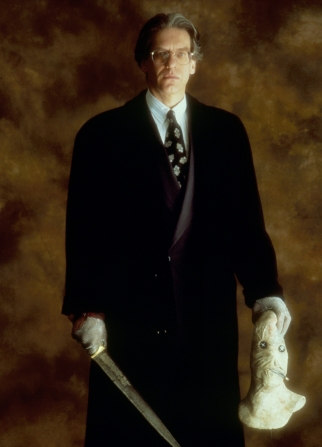 Psychiatrist Phillip Decker is a stylish model of academic professionalism in his dark suit with silk tie, expensive glasses, and wool trench coat. His leather gloves are duel purpose, both stylish and practical for concealing fingerprints. When he dons his trademark emotionless vinyl mask with zipper mouth, his look is both impressive and terrifying. 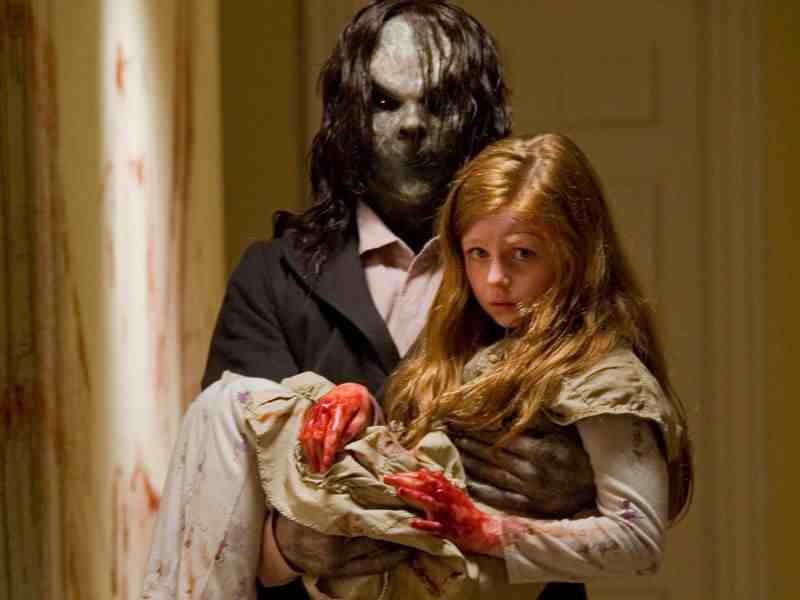 Bughuul, aka Mr. Boogie from Sinister looks great for an ageless demon. While his black suit is hardly original, he’s not afraid to mix it up a bit with a pink-dress shit. His look is modern with just a hint of Miami Vice retro; he keeps it casual without a tie and an unfastened top button. With his long black hair, Mr. Boogie could pass for a rich Hollywood rock-star. It’ll be interesting to see if his wardrobe changes at all when Sinister 2 drops this summer. 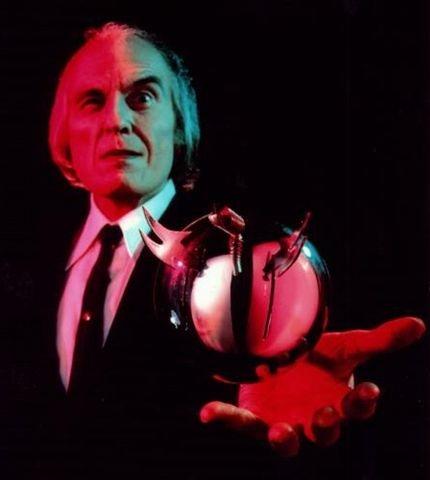 Phantasm’s Tall Man exemplifies the somber professionalism of an undertaker in his traditional black suit and tie. His ruby tiepin adds just the right amount of understated flare. Simply classic! “Phans” are eagerly awaiting the Tall Man’s return in Phantasm: Ravager (the 5th film in the franchise) set for release sometime this year.

The Gentlemen from Buffy the Vampire Slayer, Hush (1999), Played by Doug Jones and Camden Toy 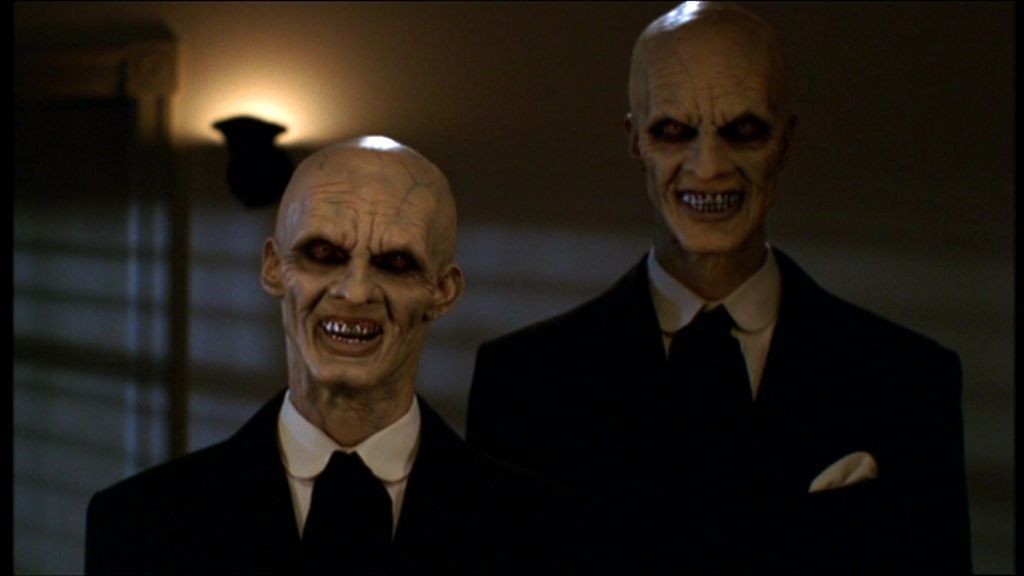 I’m going from movie screens to television sets to honor this next duo of extremely dapper demons: The Gentlemen appeared in a Season 4 episode of Buffy the Vampire Slayer called Hush (which aired on December 14, 1999).   They each wear a retro 3-piece suit with a pea coat style jacket, large rounded collars, and a pocket scarf. These stark trappings draw attention to their ghoulish metal smiles.  I’ve said it before and I’ll say it again: These guys deserve their own movie! Check out the video below to see these sinister specters in action! 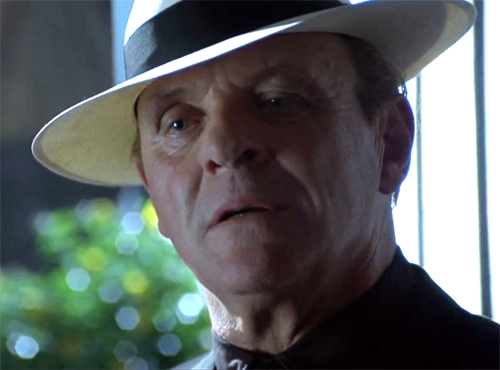 When he isn’t on lockdown at Baltimore State Hospital for the Criminally Insane, Hannibal “the Cannibal” Lecter is one posh fellow, described as “the height of elegance”; he spares no expense when it comes to looking his best and dresses almost exclusively in Gucci and Armani. He’s also known to wear expensive fedoras, designer sunglasses, and usually adorns his jackets with a flower. 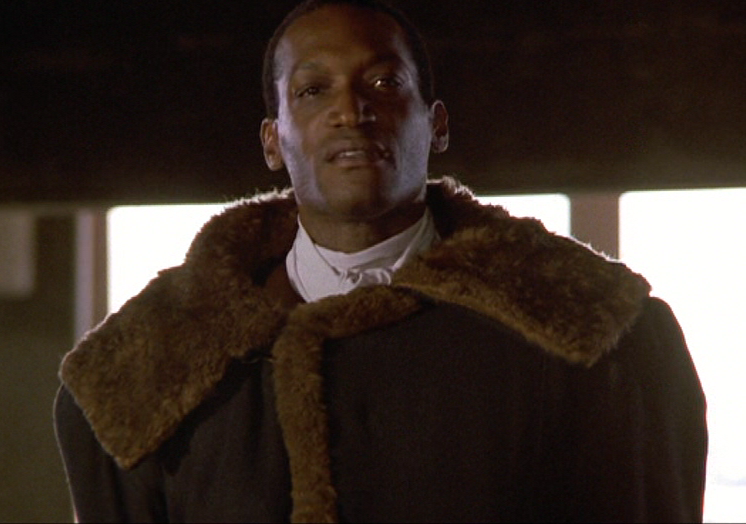 Candyman is just as stylish as any villain on this list, but with a unique look all his own. In his fur-lined trench coat and flowing white ascot, he exudes the best aspects of late 1970’s fashion. In fact, Candyman looks so suave, you almost forget he’s a demon with a hook for a hand. To see this dapper creature in all his glory, simply look in a mirror and say his name 3 times!

Head vampire Viktor from the Underworld Franchise is also dapper and incredibly unique, sporting a black gothic ensemble custom made for a leader of his caliber and stature. It’s old school meets new school in this throwback ensemble with a neo-noir twist. Oversized lapels and bell-sleeves are embroidered with sparkling metallic threads. He also wears a beautifully textured black satin vest.   Everything about Viktor is regal in the extreme, and incredibly unique.

Who do you think are some of the best-dressed horror movie villains? Sound off in the Comments section