When reality is more terrifying than fiction. 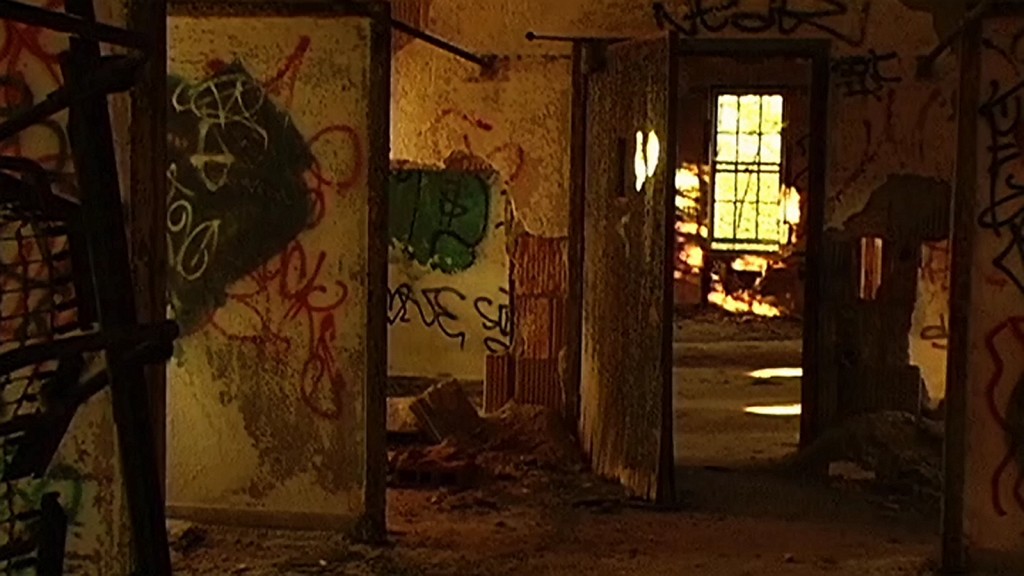 One of the appeals of Found Footage horror movies and Mockumentaries is that they blur the line between fact and fiction; while usually employed as a marketing hook, it’s that willingness to suspend disbelief for a good scare that pulls us in, allowing for the improbable but not-impossible postulation: Is this real? While many movies seek credence in that manipulative tagline “Based on True Events” Found Footage, unlike any other presentations, has the potential to at least appear indistinguishable from actual fact; it removes concepts like “actors” and “scripts” from the story, essentially duplicating the appearance of objective documentation.

Mockumentaries especially are sometimes indistinguishable from investigative documentaries. And while some efforts are clearly farfetched, it’s often true that real-life/reality is more bizarre, disturbing, and harrowing than any work of fiction.   The non-fiction documentaries below are some of the most gripping and devastating films in existence; they’re also the kind of real life events that serve as inspiration for Found Footage practitioners. In synopsis, each film here would almost certainly be called “unbelievable” by horror film critics, making their actuality all the more shocking.

I’m not including any war documentaries on this list because that feels too easy; War is Hell. Rather, these are documentaries that might all sound like outlandish horror movies in summation, the kind of non-fiction story-telling that those seeking to present a twisted fiction as journalistic fact would emulate. Enjoy!

An oceanic behemoth, an apex predator of unusual intelligence, is captured off the coast of Iceland and forced into an indefinite captivity. After years of spirit crushing isolation, the beast is tortured and brainwashed into performing degrading circus tricks for entertainment. The daily mental and physical abuse pushes this leviathan to a breaking point; he lashes out on his handlers while on display, traumatized families expecting educational entertainment. It’s a deadly encounter that effectively cripples an industry based on the captivity and exploitation of creatures much more powerful than man.

Danny was just a kid when he lived in the most infamous haunted house in American history; some even purported the home itself was gateway to Hell. The family received support from the spiritualist community and the story went on to inspire more than a few scary movies. Even so, most horror fans today are willing to concede that many of the “facts” surrounding the house on Ocean Avenue are fiction, crafted by Danny’s unscrupulous parents for monetary gain. Still, you’ve got to wonder what kind of impression this made on Danny growing up, and how it affected his adult life. And while you and I might believe that ghosts in Amityville are just a bunch of hooey, Danny still believes.

This documentary is so incredible, it has been inaccurately described as a mockumentary in several reviews. While actors are used for dramatic reenactments, those describing their experiences at Camp Hero Air Force Base on Long Island are real people. And while the validity of their statements can certainly be questioned, it’s obvious that these men honestly believe they are recounting truths. Dubbed “The Area 51 of the East Coast” past activities within the now-abandoned facility may have included experiments in mind control through systematic abuse and the applications of alien technology. While definitive proof is elusive, there’s no denying that something extremely strange went down at Montauk.

The murders were demonic in brutality: Three young boys killed and mutilated in the woods around Robin Hood Hills. The satanic panic that followed was nearly as terrifying. Fear, disgust, and a need for retribution quashed common sense, effectively blinding this god-fearing community. Three teens, basically the Usual Suspects of petty crime, were railroaded into false confessions; their love of gothic aesthetics was touted as proof of their satanic affiliation. The only thing scarier than the miscarriage of justice that followed is knowing that the real killer is still out there. Who is Mr. Bojangles?

Official Synopsis: What would happen if a country of 97 million people were taught at a young age that vampires are real? In the Philippines, this isn’t far from the truth. For the last 400 years, the ‘aswang’ has come to represent everything that is vile, disgusting, and evil in Philippine society. It has become the most controversial, and popular, creature in Philippine Mythology and is the main subject in hundreds of movies, television programs, comics and books.

The boogeyman of Staten Island lurked in the ruins of the abandoned mental asylum where he was once interred. Every neighborhood has their specific urban legends, but this nightmare seemingly came alive when a string of child murders struck terror city-wide. Irrational fears and mass-panic had folks looking for a monster. Is Cropsey real?

It’s a buddy flick, a road-trip movie, and a mystery straight out of the annals of Scooby Doo—and it’s all completely real. A filmmaker and his friends attempt to find proof of a satanic cult that performs bloody rituals on a remote island. This Danish export can be a bit difficult to track down (it’s currently available on Hulu and Amazon Prime) but it’s worth looking for.

The Summit uses actual footage and reenactments to tell the story of the single deadliest mountaineering accident in recorded history. While K2, on the border of Pakistan and China, isn’t as tall as Mount Everest, it’s many times more dangerous to climb, with some estimating that 1 out of every four people who attempt the ascension will die trying. But what happened on what was called “a perfect day for reaching the summit” was actually a perfect storm of miscommunication and awful bad luck; even those who survived the ordeal are uncertain exactly what happened on that fateful climb.

The nightmare of 9/11 has left a trove of footage; much was played on the news, some was confiscated by the government, and a lot can be found online where conspiracy theorists pour over every frame. Loose Change is outlandish in its implications yet impossible to ignore; even the most rational of minds is forced to take pause, admitting that some very big questions still remain unanswered. If even half of what is presented in 9/11 is true, than this is indeed a Scared New World.

This film is literally made from found footage; a free spirited conservationist forges intense bonds with ferocious grizzly bears, documenting his wild communions on video camera. Unfortunately, his is a story with a dire warning: Respect the line between man and animal. He never came home from his last adventure, his body never recovered… but the camera survived to tell a story of shocking savagery.

What documentaries do you thing are just as terrifying as horror movies? Sound off in the comments section!