Top 10 Most Anticipated Horror Movies of 2016

2015 was an incredible year for horror films!  For the first time since I started blogging, I found it difficult to whittle my list of this year’s favorites down to a Top 10.  If 2016 sees half of the quality genre movies that came out in 2015, it’ll be another fantastic year.  There are already plenty of upcoming horror movie generating some significant buzz.  Below, in no particular order, are my Top 10 Most Anticipated Horror Movies of 2016.  Enjoy!

This entry comes with some baggage: Truth is, I gave Phantasm: Ravager a spot on last year’s Most Anticipated list, having been given assurances by Phranchise mastermind Don Coscarelli that it would see a national release in 2015 (which, obviously, didn’t happen).  So the way I figure it, Coscarelli owes me this release in 2016!  News that JJ Abrams is spearheading a 4K restoration of the original Phantasm bodes well; it should stoke nostalgia and demand for Ravager to a fever pitch.

Official Synopsis:  The film follows the continued exploits of brothers Mike and Jody along with family friend Reggie as they battle the Tall Man, a supernatural undertaker and his evil minions from another dimension for the final time.

Rob Zombie’s highly anticipated shocker, 31, is currently doing battle with the MPAA which seems hellbent on slapping the film with a dubious NC-17 rating.  While this bodes well for fans of extreme violence, an NC-17 rating will effectively scuttle the films January theatrical release.  At least we can look forward to seeing Zombie’s unadulterated vision when 31 gets a DVD release. 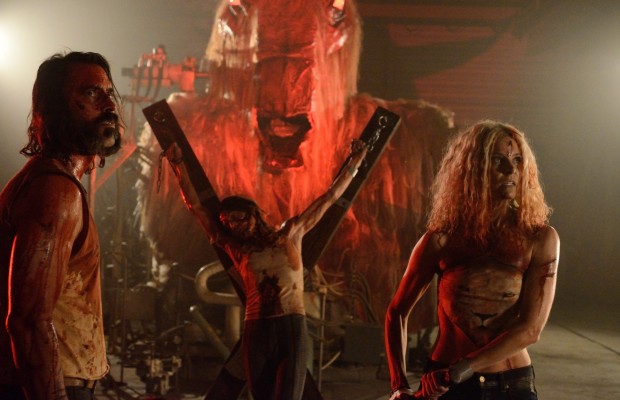 Official Synopsis:  31 tells the story of five carnies in 1976 kidnapped on the morning of Halloween and held hostage in a remote industrial Hell. While trapped, they are forced to play a violent game called 31. The mission is to survive 12 hours against an endless gang of grease-painted maniacs.

The follow-up to Bryan Bertino’s 2008 home invasion masterpiece has been gestating since 2009, which made Relativity Media’s recent announcement that The Strangers 2 would be released next December especially welcome news.  Rumors are already swirling that Liv Tyler will return to reprise the role of Kristen McKay (although most fans expect her to get offed in the film’s opener).

Official Synopsis: After financial troubles force them to move out of their house, a family of four try to make it through the night in a deserted trailer park while being hunted by the savage, ax-wielding, mask-wearing trio wreaking havoc once again.

I love killer doll movies, but what makes The Boy especially intriguing is that it approaches the topic as psychological horror (like May), as opposed to something overt supernatural (like Annabelle).  Is the doll actually alive, or is its caretaker struggling with issues of insanity?  The setting and the motif of a young woman in peril means The Boy will be a treat for fans of Gothic films and literature.

Official Synopsis: An American nanny is shocked that her new English family’s boy is actually a life-sized doll. After violating a list of strict rules, disturbing events make her believe that the doll is really alive.

This one stunned and exhilarated audiences at Sundance and other major film festivals throughout 2015.  The Witch looks like an absolutely arresting portrait of frontier life infiltrated by extreme superstition—except in this case, fears may well be warranted.  The trailer generated a lot of buzz and has been viewed over 4 million times in less than 5 months.

Official Synopsis: A family in 1630s New England is torn apart by the forces of witchcraft, black magic and possession.

James Wan will helm another cinematic chapter in the lives demonologists Ed and Lorraine Warren, with rumors of a connection to the couple’s most infamous investigation: The haunting in Amityville, NY. Wan has been attached to the sequel since 2014, so we’ve got high hopes for a worthy follow-up to The Conjuring (widely considered one of the best genre films of 2013). 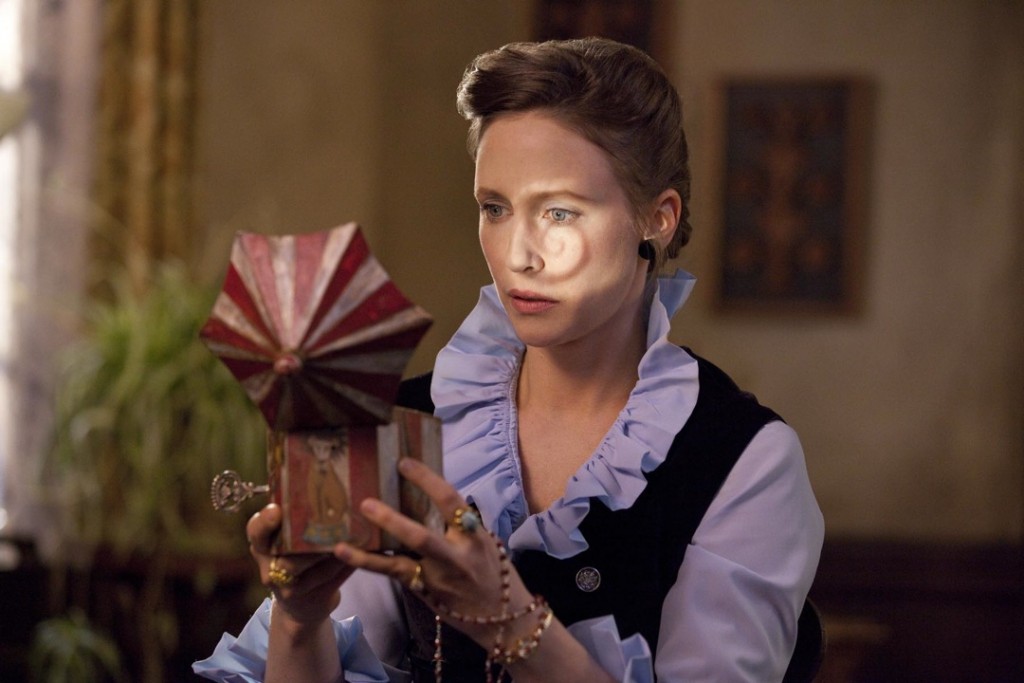 Official Synopsis: The Warrens travel to England to investigate paranormal activity at a council house in the London Borough of Enfield.

JeruZalem is an Israeli film described as a religious-themed apocalyptic horror.  The film, which has already garnered quite a few awards overseas, is coming to America is 2016.  What first appears to be a military operation turns out to be something altogether more terrifying!  The trailer even hints at some Cloverfield-caliber creature action.

Official Synopsis: When a couple of American young adults fly to Israel to visit the city of Jerusalem, a biblical nightmare falls upon the city.

While horror and sci-fi fans are eagerly anticipating the release of Independence Day: Resurgence, I’m keener on seeing The 5th Wave.  It’s a bare-bones alien invasion saga that, frankly, looks a hell of a lot scarier!  Future Scream Queen Chloë Grace Moretz (Carrie, Let Me In) stars in the film, based on a novel of the same name by Rick Yancey.

Official Synopsis: The 5th Wave follows 16-year-old Cassie Sullivan as she tries to survive in a world devastated by the waves of alien invasion that have already decimated the population and knocked humankind back to the Stone Age. As one of Earth’s last survivors, Cassie is left with just herself and has to learn the hard way to trust no one.

Released in 2013, Lights Out became one of the most successful and lauded horror shorts ever made.  It’s been viewed on You Tube over 11 million times!  Now, the chiller is getting a feature-film treatment with Teresa Palmer (Warm Bodies) attached to star.

Official Synopsis: A woman is haunted by a creature that only appears when the lights go out.

The Turkish horror movie Baskin will be released overseas on January 1; no official US release date has been announced.  It’s being called one of the scariest movies ever made, and was even nominated for Best Film at Sitges.  Can Evrenol won the Best Director award at 2015’s Fantastic Fest for helming Baskin.

Official Synopsis: A squad of unsuspecting cops goes through a trapdoor to Hell when they stumble upon a Black Mass in an abandoned building.

What horror movies are you most looking forward to in 2016?  Sound off in the Comments section!