Because you don't need a lot of money to have a killer party!

Freddy, Jason, Michael, Chucky; killers everyone is familiar with. Slashers who have gone above the genre to become genuine pop icons. Not every horror movie killer is such a household name, however. Some great slasher villains come from movies with budgets lower than the approval rating of the A Nightmare on Elm St remake. Check out these masked psychos you may have never heard of before! 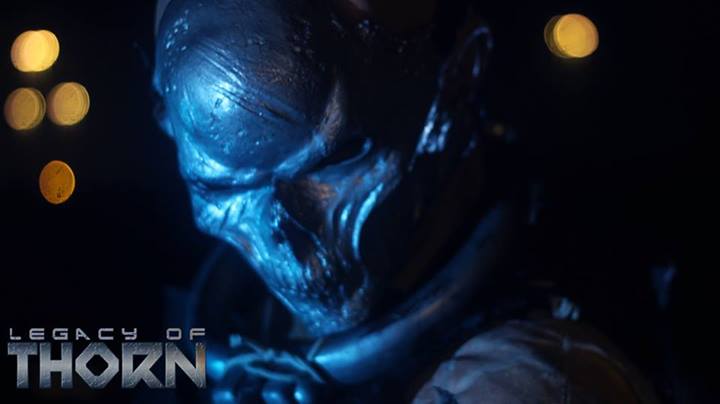 Thorn is one of many awesome slasher creations from filmmaker MJ Dixon’s shared “Mychoverse” and appears in two films. His first on screen appearance is as one of several killer locked in a facility with Red, the heroine of his films. Thorn is set loose and Red manages to kill him. Legacy of Thorn is his second appearance, taking place before Slasher House, and features the hulking murderer in his first solo appearance. A third film, Mask of Thorn, is in development.

Thorn is a huge man in black attire and a distinctive skull mask. This mask is the source of his power: while wearing it, he is super strong and literally immortal (although he can be stunned by high voltages of electricity). Take the mask off and he can be killed. He wields two humongous machetes, one in each hand. 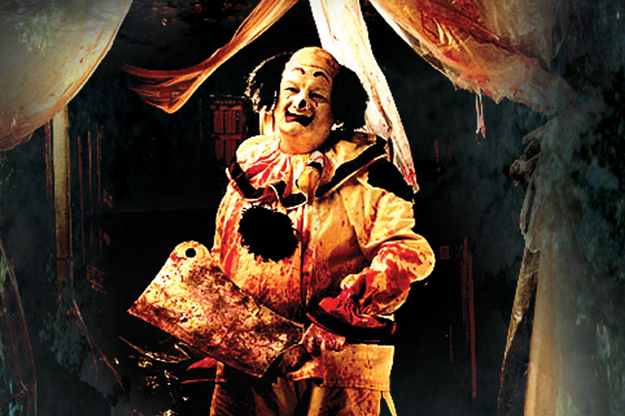 Gurdy is the creation of Marcus Koch and Joe Davison. He is the clown killer from their ultra-gory film 100 Tears. Accused of a crime he didn’t commit, Gurdy was a circus performer who went from taking his revenge against those who wronged him to basically killing everyone in sight.

A lot of clown killers laugh or crack wise. Not Gurdy. He just smiles quietly to himself while chopping people up with a gigantic cleaver! 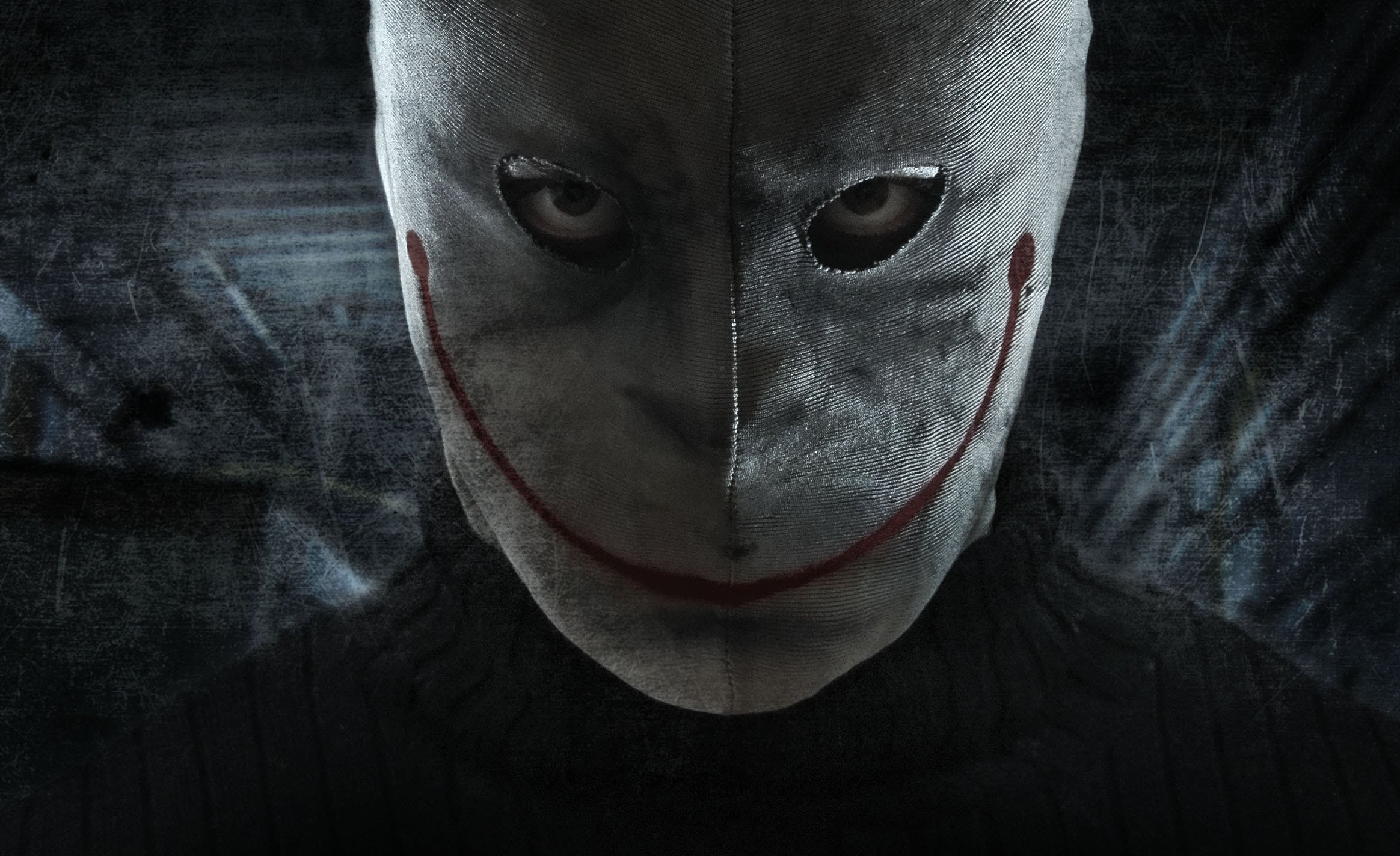 Dollman, real name Nicholas Mathews, is from a movie called Methodic, a film labeled as the first “basher.” In other words, Dollman smashed people’s heads in with blunt objects rather than stabbing them with pointy ones. From the mind of Chris Notarile, Nicholas started as a normal little boy before he became possessed by the evil Dollman and murdered his parents. Years later, he escapes from an institution to finish what he started and kill his sister.

The Dollman entity gives those it possesses immense strength and durability. And, man, that is such an awesome mask! 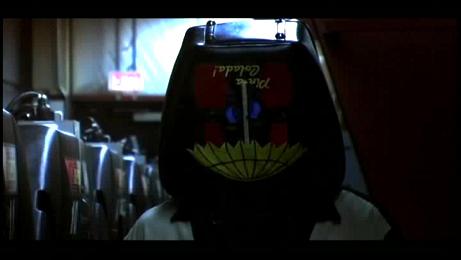 BBK is probably the most extreme killer on the list and that’s not really surprising considering he was created by underground horror master Ryan Nicholson! Appearing in the film Gutterballs, BBK (or Bowling Bag Killer) stalks a group of kids in a bowling alley late one night after a friend of theirs was raped at the same alley the day before.

BBK is decked out in a bowling shirt and upside down bowling ball bag with eye holes. Oh, and all of his weapons are made from bowling pins, like bowling pin nunchaku and pins sharpened to a point for stabbing.

If BBK is the most brutal killer on this list, Marcus Miller the Orphan Killer is a very close second. Marcus and his sister Audrey were left as orphans when their parents were killed by a burglar. Both were put into an orphanage where Audrey was adopted almost immediately by the cop who saved them. The death of his parents and perceived abandonment by his sister kinda fucked with little Marcus’ head and he began behaving very violently, scaring the nuns at the orphanage who eventually made him wear a mask. Fast forward several years and Marcus wants to make Audrey pay for leaving him behind.

Marcus is a very cold and calculating killer with dialogue almost as disturbing as his actions… you know what, scratch that, this movie is gory as hell!

The newest killer on this list, the film Pitchfork is actually not released quite yet. When a young gay man comes out to his family over the phone, he and his supportive friends travel back to his rural home to hash things out. But this little bible-belt town has secrets of its own. Secrets like the brutal and insane Pitchfork!

Pitchfork has such an amazing design! His left hand is removed at the wrist with the head of a pitchfork fastened to it with barbwire as a lethal prosthetic. Pitchfork is agile and animalistic, always with a haunted, empty look in his eyes that tells you the lights are on but no one is home! 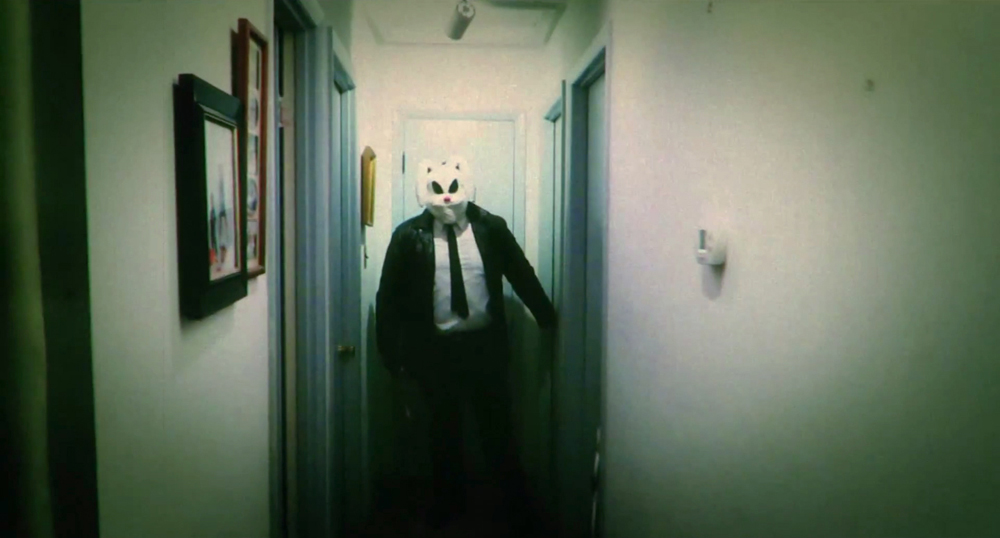 Douglas Fisher definitely fits the wise-cracking slasher archetype. He’s from the recently released horror comedy Easter Sunday. 24 years ago, Douglas went on a murder spree and was executed by the sheriff (Robert Z’Dar aka Maniac Cop in his final role). Now, a group of friends, including a young relative of Fisher’s, hold a seance at a party and Douglas possesses his relative and resumes his rampage.

Douglas is just non-stop entertainment, brutal and hilarious all in one rabbit-faced package! 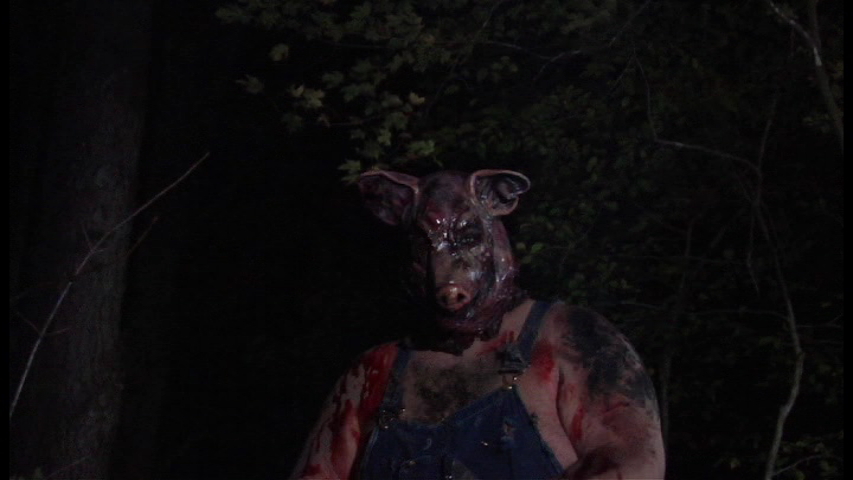 Porkchop is a backwoods killer who, in case you didn’t get the pun, wears a pig mask. He featured in three films from Eamon Hardiman, plus is referenced in the spinoff Pig Girl. He’s a huge maniac who lives in the woods and kills anyone who crosses his path.

Not quite a silent killer, Porkchop snorts loudly like his namesake while butchering people mainly with a chainsaw. 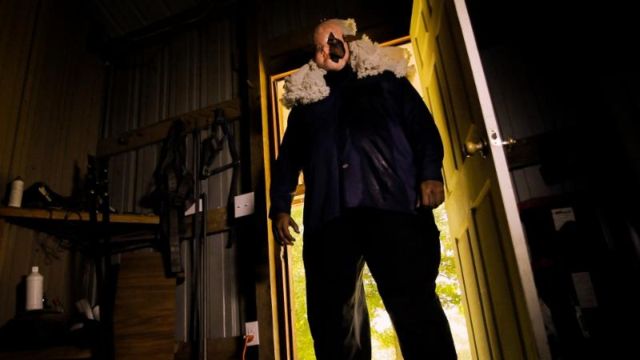 Real name Dorchester Stewart, Dollface has appeared in two films so far. His first appearance was actually in a slasher parody titled Crinoline Head back in 1995. His second appearance in the recently released Dollface is much more serious and features the supposedly dead Dorchester apparently back from the grave.

Crinoline Head is a huge killer, in the more recent Dollface being portrayed by ex-pro wrestler John Kap standing at 6’8”.  His name comes from the crinoline he wears around his head, the piece of clothe formerly belonging to his mother. 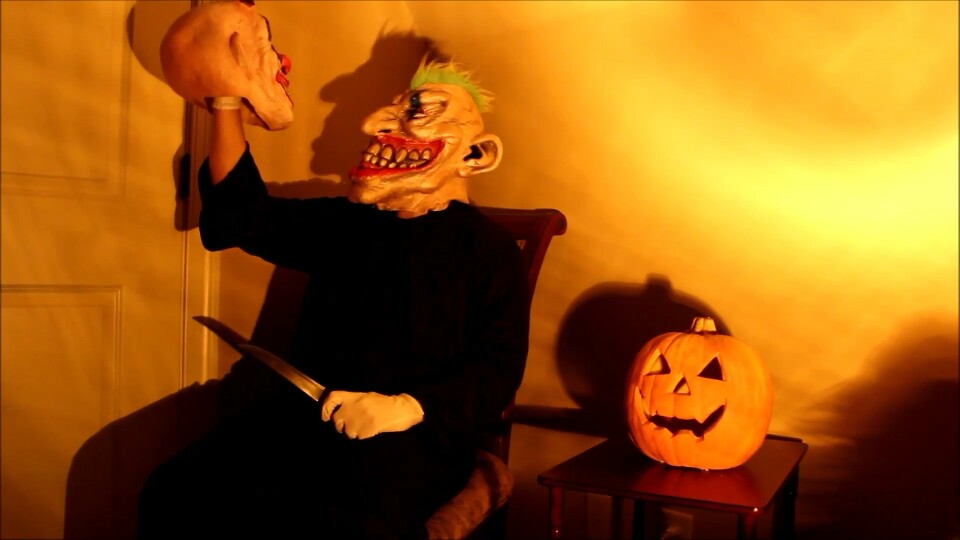 Jimmy has so far appeared in the original Evil Night as well as the 2014 remake. A sequel to the original, titled Another Evil Night, is currently in production and will see him take a partner under his wing to double the slaughter!