Twisted Tales: A horror anthology comic from the 80s

Twisted Tales was a horror comic published by Pacific and Eclipse Comics in the 1980s. 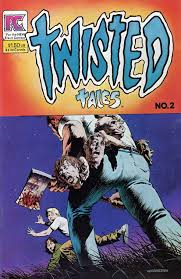 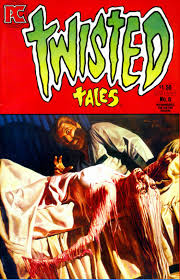 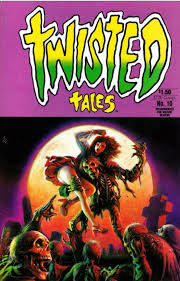 The gruesome and controversial horror anthology was known for its graphic violence, nudity, and the twist endings that left readers shocked. 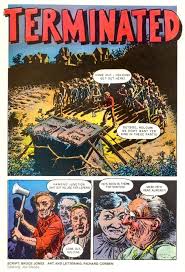 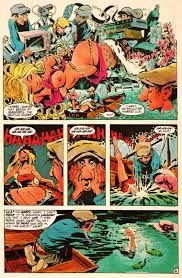 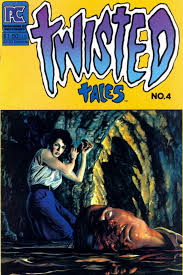 The comic was released bi-monthly by Pacific Comics and contained four tales an issue. In 1984 Pacific Comics went bankrupt, and Eclipse Comics took over until the publication ceased in 1986.

Here are some of the stories from the intense comic.

An Unsettling Incident: A man brutally murders his wife and her sister with an axe.

Way Down There in the Dark: An abused boy has a telepathic connection with a mutant in a sewer.

A Walk in the Woods: A couple on vacation in Europe find out they are trapped in an increasingly sadistic fairy tale.

Over His Head: A timid loser daydreams of a love affair with a prostitute that results in his own drowning.

Terminated: Villagers murder a diseased man with shotguns and wind up poisoning the town’s water supply.

Majority of One: In a world populated by werewolves, man is hunted down and killed.

You, Illusion: A man controls other people in his dreams.

In 2005 Todd McFarlane announced he was going to produce a horror anthology series for Fox based on the comic. This was shut down by Bruce Jones who stated that Twisted Tales was a creator owned property, and McFarlane didn’t own the rights.

Twisted Tales was a comic with a lot of originality. With the popularity of horror anthologies on the rise, the resurgence of Twisted Tales will be something to watch for.