Time to donate blood and watch some amazing PSAs for the cause!

I’d like to share a message from the amazing Jen and Sylvia Soska- AKA The Twisted Twins!

“It’s that magical time of year again where we Sisters Soska don’t just want to spill blood on the screen, but want YOU to bleed for us. Don’t worry, it’s for an incredibly good cause. Now in its 9th EPIC year, February marks the start of another Women In Horror Month (WiHM) meant to promote equality and celebrate the great artists both working today and the trailblazers who’ve come before.”

“As we all know women are quite capable and we’re not asking for a handout. Just some support. We’ve even taken it upon ourselves to be the ones giving back. You can’t think horror without thinking blood and we’ve long wondered why the horror genre hasn’t already thrown its weight behind the blood donation cause. So we did it. We have a different theme each year and this year is BE A HERO.”

“As part of WiHM, we search out filmmakers each year from across the globe to make their own Public Service Announcements for Blood Services and Red Cross. The only requirements are that you have to be passionate about the cause and you must be a feminist. I’m proud to say that this year we have a record-setting 30 Teams that have participated. Magnificently, each PSA was made with the filmmakers using their own money and resources along with generous donations and numerous volunteers.” 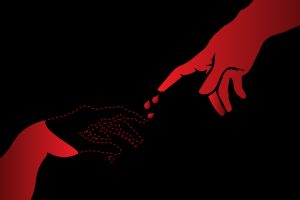 “In previous years, we’ve combined them all into one mega-anthology, but this year we’re making it our BIGGEST year yet. EVERY day in February (starting January 31st and ending March 1st) we will be releasing a NEW PSA via our Twisted Twins YouTube Channel  Please subscribe and don’t miss any of the fun!”

“Each day we’ll release profiles on the filmmakers along with their shorts and sometimes even poster art and BTS stills. As a special added surprise, you won’t know which one is being released when, so keep your eyes on the prize!” 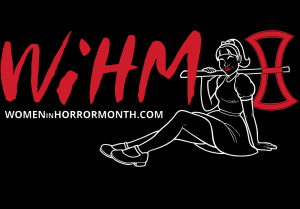 “We are proud to announce our outstanding list of contributors for our 2018 WiHM Massive Blood Drive:

“Thank you so much for watching, but PLEASE be sure to make an appointment to donate. We need you. After all, it’s in you to give.”