Have you ever dreamed about getting your horror story idea into a real horror movie? Do you love everything creepy and exceptionally bloody? Well here is your chance! Creator/producer P.J.Starks recently announced via Facebook that he and fellow producer Eric Huskisson were planning the third and final entry in the Volumes of Blood franchise.

Along with this official announcement, Blood Moon Pictures is planning to make this film bigger and better than the previous two and they are reaching out to the horror community to help them. They’re looking for talented artists, writers and filmmakers with creative story ideas, to pitch them a segment for the next film. If your story is selected, you’ll receive credit in the film and help close out the final chapter in the Volumes of Blood universe. 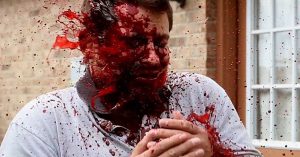 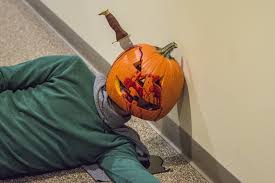 From producer P.J. Starks: “I’ve been saying since day one that these films were made by horror fans, for horror fans.” shared Starks. “Typically, the stories came from myself or another filmmaker directly involved with the film, but this time we wanted to reach out directly to the horror fans and have them tell us what they’d like to see in the new VOB. This will be a cool opportunity to meet and work with some new talent.” 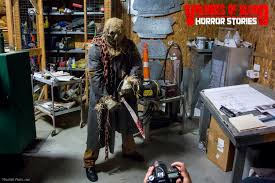 Interested?? Here are the guidelines and regulations for the contest.

2. Must be okay with your story being tweaked or potentially re-written (if a full script is provided).

3. Once story is selected, must be willing to sign a waiver/release allowing Blood Moon Pictures the rights to use the story in the third Volumes of Blood film.

4. Concepts must be original works created by the one submitting.

1. Story must contain a single survivor character that will be used in the wrap around sequence.

5. The story must take place over a short time period.

6. The story must take place within the city of Owensboro, KY.

7. Remember that this is an ultra-low budget film, so if your story takes place in a burning sky scraper or something extremely elaborate there is a good chance your story will not be chosen or those elements removed if the script is chosen.

8. Pitches must be in paragraph form giving specific details about characters and story lines.

9. If full scripts are submitted, they must be between 15 and 20 pages in length.

10. Concept can have no more than 5 characters.

11. Each concept must have at least 1 death.

12. While the killer or scenario may seem supernatural at face value, it must have a real world antagonist. Something that could ultimately happen in real life.

So read these rules carefully and good luck. I’m sending in my idea!

Email your entry and any questions to: Bloodmoonpics@gmail.com