Wanna fight slashers? With this We Kill The Dead contest, you could!

You could appear as an SSTB agent in TheBlood-Shed's record setting horror comic!

TheBlood-Shed’s first comic We Kill The Dead just had its first issue launch last week and we are celebrating by turning one of our crowdfunding perks into a contest!

For those who have somehow missed hearing about this world-record-setting event, you can read the full deets HERE. Long story short? We Kill The Dead is a love letter to the slasher genre about a government agency specially trained to combat undead and otherwise supernatural slashers in the vein of Freddy or Jason! Featuring 25 cameos for villains from real horror movies, this is a world record number of separately owned characters crossing over!

So, what’s the contest? Well, one of our perks for the crowdfunding campaign was being inserted into the comic in issue three as an SSTB agent where the contributor’s likeness would be brutally massacred by the book’s big bad, Jack the Ripper himself! 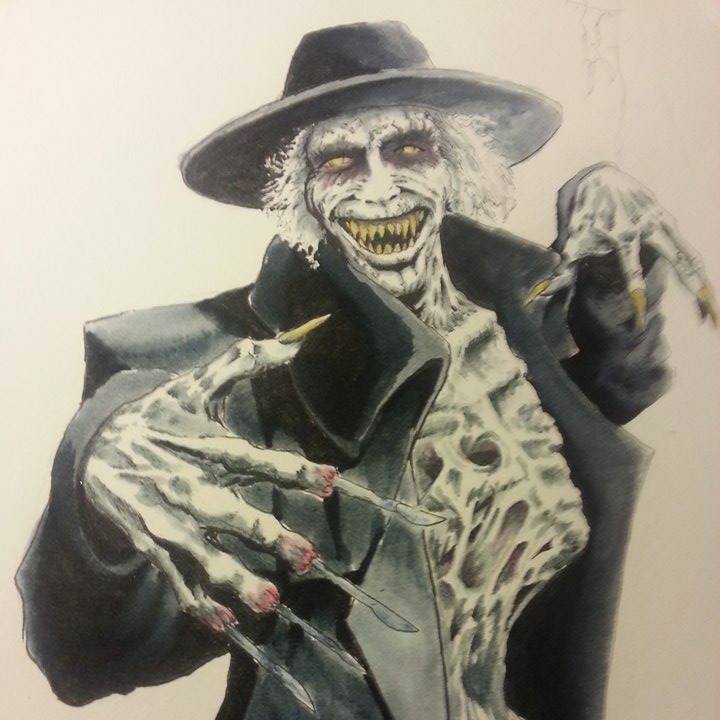 Oh, that’s Jack the Ripper by the way. This perk went for over $100, but now we are giving away one more, just one, to a single contest winner! Wanna be a victim of the Ripper? Killed by the most legendary killer of all time? Immortalized in comic form, with an autographed print of your death page sent to you? Of course you do! What sane, well adjusted person wouldn’t?

The rules are simple: like our FB page at https://www.facebook.com/WeKillTheDeadtheComic/ and in a private message tell us why you want Jack the Ripper to turn you into filet mignon. On June 11th, we will pick a winner and that winner will be put into the issue as a badass slasher-slaying government agent who gets ripped apart by Jack! Let’s see what you got! And remember, you can pick up copies of the book in our site store at http://thebloodshedstore.bigcartel.com/.