Why You Should be at Crypticon Seattle 2016

This convention has something for every horror fan.

Once a year you can feel the air change, it grows still as the sweet smell of corn syrup & red food dye fills the air.

♦It is time for Crypticon Seattle.♦ 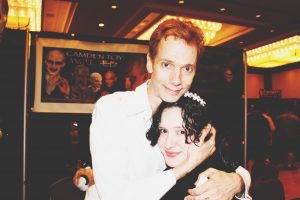 Crypticon 2014  Doug Jones & M. Nessk after Doug had been awarded the Horror Icon trophy created by My Dementia at the “Horror Icons” panel. – It is true what they say; Doug does give the very best hugs.

Of course Horrors of the PNW will be playing as well on Saturday night at 10pm: the featured film this year is O. Unilateralis.