You Go Where It Takes You

An interview with Nathan Ballingrud
by ErickW October 24, 2016 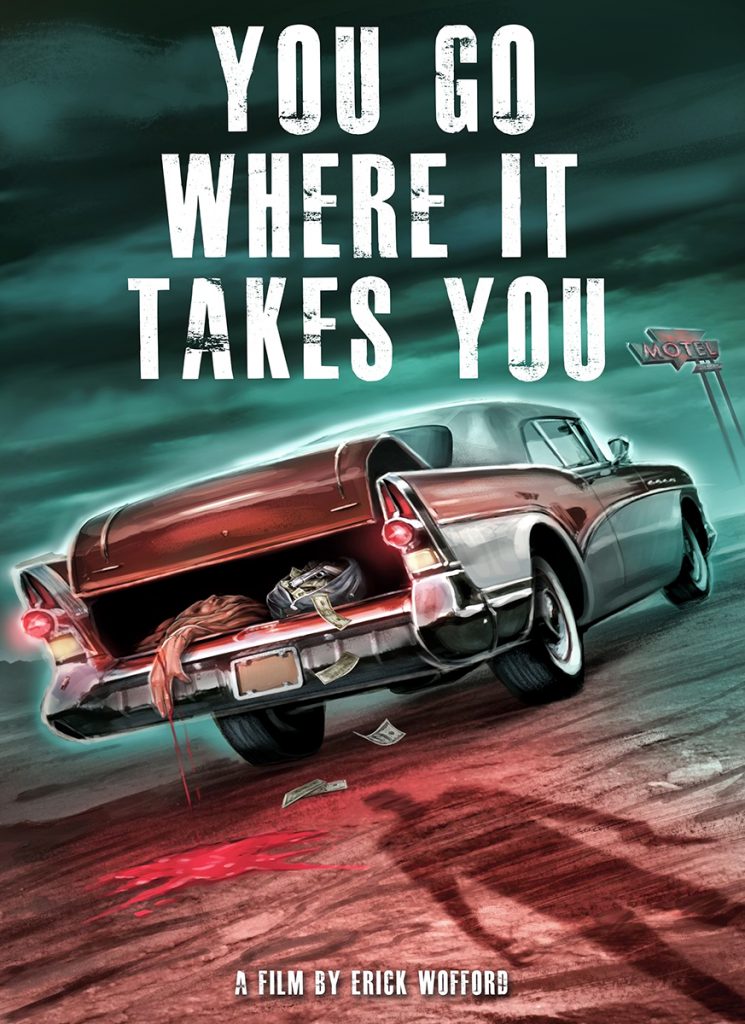 Erick Wofford’s poster for “You Go Where It Takes You.”

Nathan Ballingrud is a Shirley Jackson award winning author and rising star in the literary horror genre. His first book, North American Lake Monsters, won the Shirley Jackson award, and was shortlisted for the World Fantasy, British Fantasy, and Bram Stoker awards. Since then he has published what I consider to be THE BEST horror novella written in recent memory entitled, The Visible Filth.  In 2017 he will be publishing a much anticipated collection of short stories and novellas entitled, The Atlas to Hell. He has personally granted me permission to adapt his short story, “You Go Where It Takes You” to film, and the crowdfunding campaign for this film is currently live!

Below is my interview with Mr. Ballingrud. Enjoy! 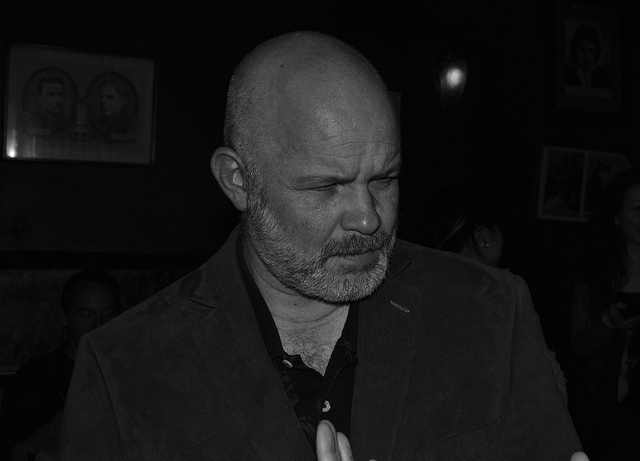 EW: What is some advice you can give to aspiring writers, especially in the horror genre?

NB: My advice is pretty simple, and pretty unremarkable: read and write. Read widely — not just in the horror genre — and write often, and on a regulated basis if you can. That’s really and truly the only way through. I don’t have specific advice in regards to horror, because it’s the same no matter what kind of fiction you write.

EW: Who are some of your literary influences?

EW: Can you tell me a little about your upcoming short story collection coming out next year? How does the writing in this book differ from the writing style in North American Lake Monsters?

NB: The next collection is called The Atlas of Hell. It’s the flip-side of the coin to North American Lake Monsters. The fantastical aspects are given far more weight. My goal this time out was simply to have a good time. I wanted to throw in all the crazy shit I’ve loved my whole life: giant spiders, ghouls, swamp monsters, pirates, heads in jars. The whole damn deal. I feel as though I’ve staked out the extremes of my territory with these two books. In the future I’ll be tilling the soil between them.

EW:  What are your feelings on the film’s poster?

NB: I think it’s terrific. I love the splash of colors, I love the throwback vibe it has. I’m intrigued by the way it already drifts away from the story, which does not trouble me at all: the different model of car, the bag of money. It suggests a fresh look, and I find that exciting. 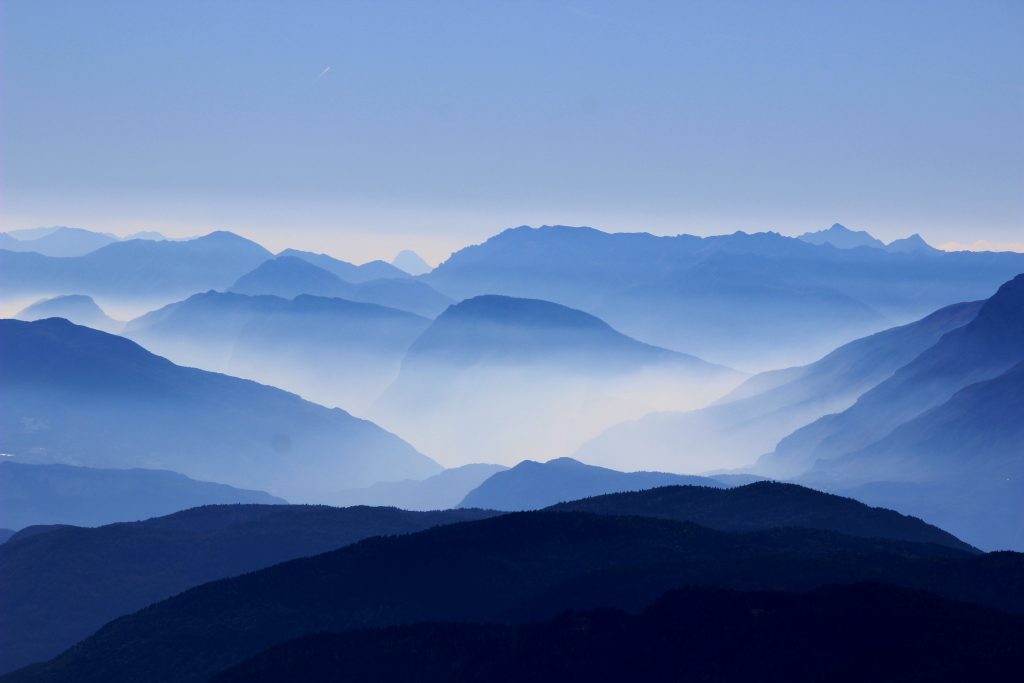 EW: Where do you find yourself being inspired as a writer?

NB: I’m inspired by people and relationships, not so much by locations. People are of course informed by their locations, to that certainly has an important role. But human interaction is the real source of my material, and you can find that in any of the places you mentioned.

EW: What inspired you to write “North American Lake Monsters?”

NB: The book had a very slow gestation. It took me almost ten years to write those stories, so I can’t say there was a single thing that inspired it. I was trying to figure out my own life, and the lives of the people around me. It was a very exploratory book, in that sense.

EW: What current horror writers do you admire and why?

NB: God, there are so many great ones working right now. I’m currently amazed by the work of a new writer named Matthew Bartlett, who writes a kind of ecstatic horror: you feel the spark of something holy in it, a terrible energy I think is unrivaled in the current scene. Livia Llewellyn writes horror stories of extraordinary weight and power. Lynda Rucker. Thomas Olde Heuvelt. Adam Nevill and Stephen Volk. Paul Tremblay. Sarah Pinborough. Laird Barron and John Langan. Gemma Files. Gary McMahon. And that’s just scratching the surface. We live in an extraordinary time for horror fiction.

NB: Man, that list is twice as long. The first that come to my mind: The Haunting of Hill House, by Shirley Jackson, which I believe is the greatest horror novel yet written; The Jaguar Hunter, by Lucius Shepard; Close Range, by Annie Proulx; Light in August, by William Faulkner; In Our Time, by Ernest Hemingway; Rock Springs, by Richard Ford; The Intuitionist, by Colson Whitehead; St. Lucy’s Home for Girls Raised by Wolves, by Karen Russell; Big Machine, by Victor LaValle; The Listeners, by Leni Zumas; Midnight’s Children, by Salman Rushdie; Rupetta, by N.A. Sulway; Dark Entries, by Robert Aickman; The Ceremonies, by T.E.D. Klein. And a thousand more.

EW: What got you started in writing and at what point did you decide to pursue writing as a career and/or professionally?

NB: I’ve been writing ever since I was a little kid. I always knew I was going to be a writer. There was no single point at which I decided I would do it professionally. I always figured it was as inevitable as growing older. In my early thirties, I just had an idea — for “You Go Where It Takes You,” actually — that seemed like the right one to start with. And so I did.

EW: What are your thoughts on the seemingly unanimous praise for your work?

NB: Well, it’s definitely not unanimous. It has its detractors, and that’s fine. But yeah, the book has done very well for itself in just about every respect, and I couldn’t be more pleased. The new stories are also getting a good reception. I try not to take the praise too seriously, though. If you start to believe it, you start to get lazy. I’ll let myself feel good about a favorable review for about ten or fifteen minutes, and then it’s time to flush it, and get back to work. 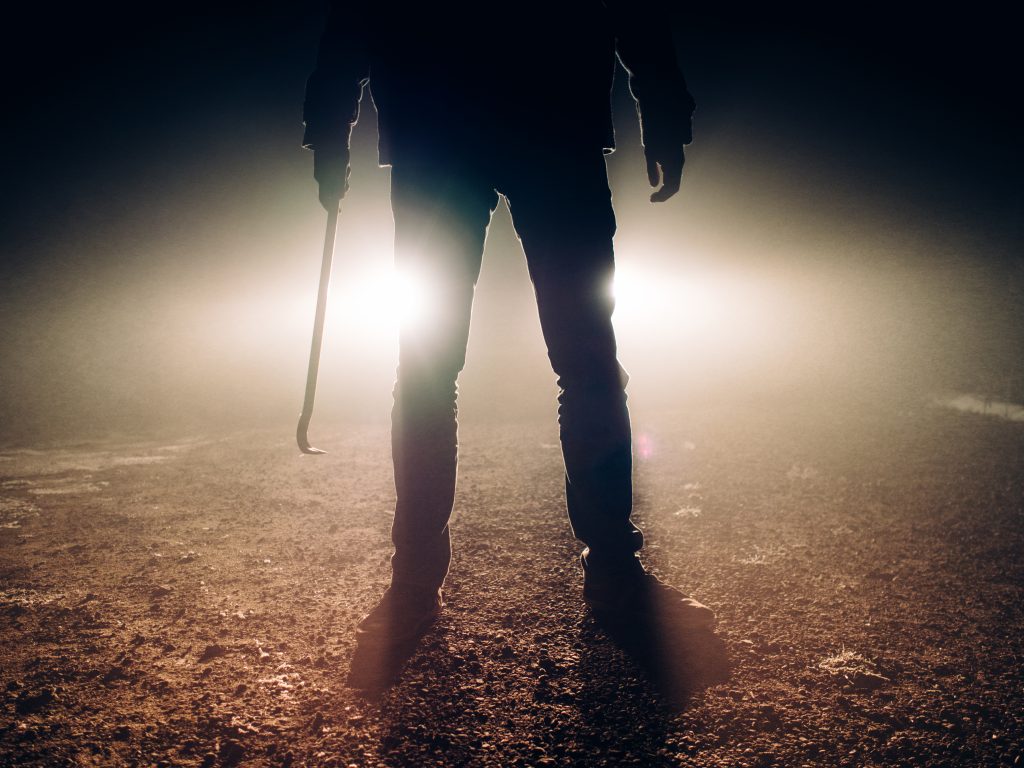 EW: Why do you think horror always has an audience?

NB: Horror functions as a kind of escape valve for feelings of dread and anxiety, whether it’s motivated by political and cultural concerns, by our own monstrous instincts, or by the universal fear of death. As long as we experience fear, we’ll need horror fiction to help us come to terms with it.

EW: Why are you particularly excited about a film adaptation of “You Go Where It Takes You” as opposed to other stories you’ve written?

NB: I’ve always been fond of this story, and it’s generated a lot of reactions from readers over the years, so I’m pleased to see it continue in a different medium. I like stories that try to evoke empathy for people who do awful things, and I’m looking forward to seeing that tackled using the tools of cinema, which are so different from the ones I used.

EW: The director of the film, Erick Wofford has stated that the role of “Toni” in “You Go Where It Takes You” has been his most difficult role to cast, why do you think that is?

NB: Toni performs an unforgivable act, and yet she sees herself as a sympathetic character. I think the story requires the actor to forgive her, or at least to understand her, and that can be a very difficult thing to do. It requires, I think, recognizing the monstrous in ourselves, and that’s never easy or pleasant.

EW: Are there any particular parts in your story that you are particularly excited to see adapted into this film?

NB: I’m anxious to see Toni portrayed as a complicated, compromised human being. Someone who’s become so starved for love — even from herself — that her moral compass has broken. Characters like this are easy to paint as simple and cruel. I’m looking forward to seeing her portrayed as someone real.

EW: What do you say to people who claim that “horror has a negative impact on people,” “that horror can’t be enjoyable” and “that horror is one of the “lower” genres of film/entertainment categories?”

NB: I don’t say anything at all to them, normally, because I don’t expect to change their minds, and I strongly suspect that they’re living in a different reality than mine. I know that horror fiction and horror movies have been a source of joy and strength to me, and that they have provided both comfort and perspective during times I sorely needed both. Horror fiction at its best is practically religious in its seriousness of purpose. I don’t have any time for people who dismiss it out of hand.

EW: What was the deciding factor in allowing Erick Wofford to adapt your story to film?

NB: Erick gets the story. For me, that’s really it. He understands it and he’s passionate about it. After talking it over with him, I trust him with the material.

EW: What did you think of Erick Wofford’s short film, “The Music of Erich Zann?” Was that a deciding factor in allowing him to adapt “You Go Where It Takes You?”

NB: I was very impressed by it, especially by how much he was able to achieve with such a tight budget. It wasn’t the deciding factor in letting him make the adaptation — his understanding of and enthusiasm for the story decided it for me — but it certainly helped!

EW: Does living in Asheville, NC influence your writing? How so?

NB: I tend to write about the places I’m in and the people around me, so to that extent, yes. I’ve lived in western North Carolina on and off for most of my life, and it’s simply a part of who I am. It’s influence is a lot like gravity: constant, unconscious, and inescapable.

Erick Wofford is a writer/director and independent filmmaker known for his award winning short film, “The Music of Erich Zann.” He has recently launched a crowdfunding campaign for his next short film entitled, You Go Where It Takes You. The campaign is offering props, DVD’s, soundtracks and custom posters for the film! Please show your support for indie filmmakers!